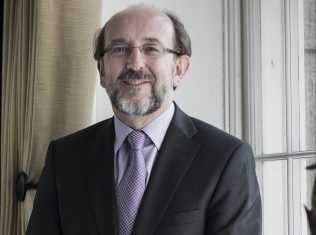 Professor Brian MacCraith received his B.Sc and PhD in physics at NUI, Galway. He joined the staff of Dublin City University in 1986, establishing the Optical Sensors Laboratory. In October 1999, he became founding Director of the National Centre for Sensor Research at DCU and in 2005 was appointed Director of the Biomedical Diagnostics Institute, an Academic-Industrial-Clinical partnership, after receiving the largest award in the history of the Irish state for scientific research. Professor MacCraith has served as a Visiting Scientist at the Naval Research Laboratory in Washington, DC, was granted a Fellowship of the Institute of Physics, is a previous winner of the Mallin Invent Award for innovation, and in 2007, was elected to membership of the Royal Irish Academy. Professor MacCraith was appointed President of Dublin City University on 13 July 2010.