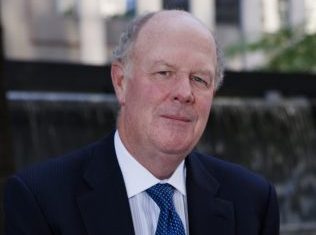 Michael D O’Halleran is Executive Chairman and founder of Aon Benfield, the largest reinsurance brokerage and capital advisory firm in the world. Aon Benfield has operations in more than 50 countries and employs in excess of 3,000 professionals. Michael also serves as Senior Executive Vice President of Aon Corporation, the leading global provider of risk management, insurance and reinsurance brokerage and human capital consulting, with $10.7 billion in revenue and operating in more than 120 countries and 500 offices.

Michael also serves on the boards of World Business Chicago and CareFusion Corporation. He is a member of the Economic Club of Chicago, The Commercial Club of Chicago and World President’s Organization. He also serves as Chairman of the Board of Providence St Mel School and serves on the board of the American Ireland Fund. He joined the DCU Educational Trust Council of Trustees in 1996.

Michael was previously President and COO of Aon Corporation and has held senior operating positions throughout his 41 year career in the insurance and reinsurance industry. He is the recipient of numerous civic awards including the Ellis Island Award, the American Ireland Person of the Year and the American Ireland Chamber of Commerce Man of the Year. Michael is a graduate of the University of Wisconsin-Whitewater with a degree in Accounting and Finance.