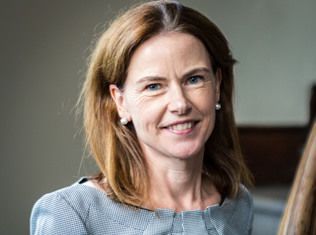 Liavan Mallin is a successful entrepreneur, having founded companies in telecommunications, Retail, IT and most recently real estate sectors based in the United States, Central Europe and Ireland. She launched her career in 1987 by co-founding an innovative retail group that became the leading mail order company throughout Ireland. She has since co-founded and sold an online trading platform to America Online. Most recently, she was founding chair of the National Foundation for Teaching Entrepreneurship, a not-for-profit who’s mission is to teach entrepreneurship to young people throughout Ireland. Among other accolades, she has been named as a Global Leader of Tomorrow by the World Economic Forum in Davos, Switzerland and was a member of the organising board for the Special Olympics World Games in Ireland in 2003.

Liavan graduated from DCU in 1985 with a BSc in Computer Applications and also holds a degree in Applied Finance from the Irish Management Institute. She was appointed to the DCU Governing Authority in 2006. Liavan initiated and co-funded the Mallin-DCU Enterprise Award for 5 years to encourage entrepreneurship within the graduate and student body and subsequently assisted in the launch of DCU’s Ustart student accelerator programme. She has been interested in the launch of the Institute of Education and in particular how entrepreneurship and technology can become embedded throughout the education cycle from primary to tertiary education. Liavan received the DCU Individual Leadership Award in 2016 in recognition of her ongoing support for the University.